Salzburg, Austria has a certain magic for us. We had to visit before our time in Europe ended. Here is our ultimate guide to Salzburg with Kids.

Salzburg, Austria has always been on our bucket list, mostly because of the Sound of Music movie, I’m a big fan! We watched the movie every Christmas growing up, I know the words to all the songs, and I’ve seen them play at Toronto’s Mirvish Theatre a handful of times. I needed to visit Salzburg before leaving Europe.

Getting Around Salzburg With Kids

When choosing a hotel in Salzburg, make sure it has ample parking then set it and forget. Salzburg is small enough that one can easily walk everywhere, (even with a 30 lb toddler on their back) or take the bus a short distance at the end of the night – which we did also.

Where To Stay In Salzburg With Kids

We stayed at JUFA Hotel Salzburg. It was Hostel-esque, in that it reminded me of the dorms back in college. There was the main lobby, cafeteria, laundry room in the basement. A few of the rooms were made larger and with a private bathroom in order to accommodate families but the price couldn’t be beaten.

We were also so close to downtown, because I hate having to travel to get to the downtown area if it can be avoided, and I didn’t have to pay Central prices. Keep your expectations low; it’s just a place to rest your head and keep your belongings safe.

What to See in Salzburg

To get there take the Festungsbahn (funicular) or walk-up. The walk isn’t far or difficult, but it is uphill. We don’t suggest you attempt this hill with a baby carrier or a loaded stroller. The funicular is included in your museum entrance ticket.

From the top of the castle, one can see all of Salzburg. The view was breathtaking. It’s more than just views, of course, the medieval castle is home to the Prince’s Chambers, Castle Museum, the Marionette Museum, the Museum of the Ranier Regiment, and is host to the Salzburg Fortress Concerts.

There is one section of the castle that is required to be guided, though it is included. There are lockers in the lobby to unload your winter gear and wait patiently for the tour guide to appear. There is a clock on the wall showing how long the expected wait it. During the tour, we were shown the torture chamber, the castle roof and much more.

The guided doesn’t actually speak to you, you have your audio guide for that. He simply shows you the path and makes sure everyone is safe and well behaved. There are a number of steep steps, as well as open stairwells. Our guide was able to help with the children while I dealt with my own anxiety about the situation.

There is both a marionette display and a torture museum which my kids found fascinating.

Salzburg Cathedral is a 17th-century Baroque cathedral in the city. It still contains the baptismal font in which composer Wolfgang Amadeus Mozart was baptized. This cathedral was absolutely stunning, the interior was just so regal and grand.

Salzburg, Austria is the birthplace of famed composer Mozart. You can visit his childhood home which is now a museum, displaying his childhood instruments.

Visit the Mirabell Palace and its Gardens, it’s just absolutely beautiful! The Gardens were also an important shooting location in the Sound of Music movie, and it was amazing to follow the footsteps of the Von Trapp family.

We visited on a rainy December afternoon so the gardens did not look like this at all. It was dark and grey and wet. I prefer this view. I had hoped that it would have at least been covered in snow but the day before Christmas Eve is apparently not cold enough in parts of Europe for snowfall to remain for the season. Who knew?

Shopping in the Old Town, Getreidegasse

The Getreidegasse is a busy shopping street in the historic Altstadt and the birthplace of Mozart. The narrow street is characterized by beautiful townhouses, with its wrought-iron guild signs. Here you can find some unique shops mixed in with some familiar stores, and is a great place to find souvenirs.

We stopped in so many stores and just looked around at everything. The shop keepers were great with the kids and often offered them candies or stickers. Anything to keep their attention which mommy and daddy shopped.

The kangaroo sign threw me off at first, I didn’t understand what it had to do with Austria until I heard other tourists trying to read the sign and instinctively say “Australia”. I see what you did there, clever people. So I bought one.

Salzburg, Austria is mostly known for the movie “The Sound of Music” and if your a fan, one of the main attractions here is a tour of the filming locations used in the movie. There are many tours to choose from, you can go on a bike tour or a bus tour.

The children aren’t old enough to watch the movie yet and this tour would have taken up precious time we could be spending in a museum or in a Christmas market so we decided that it wasn’t for us this year. If the opportunity arises that we are able to come back to Salzburg, even just for the day, I want to spend it on the ‘Sound of Music’ tour.

The Petersfriedhof or St. Peter’s Cemetery is one of the oldest in Salzburg, and is one of Salzburg’s most popular tourist attractions. Its origins date back to about 700 when the adjacent St. Peter’s Abbey was established. Carved into the rock of the Festungsberg are catacombs that may stem from the Early Christian days.

Carved into the rock of the Festungsberg are catacombs that may stem from the Early Christian days of Severinus of Noricum during the Migration Period (during and after the decline of the Western Roman Empire).

They include two chapels: The Maximuskapelle and the Gertraudenkapelle, consecrated in 1178 under the Salzburg Archbishop Conrad of Wittelsbach and dedicated to the assassinated Archbishop Thomas Becket of Canterbury.

The stairs up to the top of the Catacombs is fairly steep and not very well light – just enough to see where you are going. Taking photographs within the cave itself was very difficult. I wore the Toddler and Munchkin had an interesting time walking up the stairs while holding onto the railing.

The stairs were also fairly narrow, definitely not meant for two way traffic. Luckily there were several landings and stopping areas on the way to the top that tourists could stop and let each other go by.

We went fairly early in the morning and we were alone, by the time we left, it was starting to pick up in popularity – a perfect sign that it was our turn to leave.

The catacombs are free admission with the Salzburg Card

It is 1.3 km long and offers an audio guide, cloakroom and stroller parking. Conversely, the gallery has strollers on hand should anyone require assistance with their little ones on their journey. They are available on a first-come first-serve basis.

The building itself is called the Salzburg and is a palace. First mentioned about 1120, for centuries the Prince-Archbishops of Salzburg resided at the Residenz and used the palace to present and represent their political status

The market runs from about the end of November through the New Year. This advent market has been running for over 500 years and is filled with events, booths, activities, exhibitors, carols, and gluhwein (warm, spiced wine).

Our kids love natural history and science museums and were thrilled with the exhibits at the natural history museum in Salzburg. From dinosaurs to the universe, the Arctic to rainforests, the Haus der Natur takes you on a journey through space and time with interactive exhibits, bright colours, and hands-on activities.

In addition to the general natural history exhibits, don’t miss the aquarium, the science center, or the observatory.

Schloss Hellbrunn is one of the fun historical places in Salzburg for children specifically because of its trick fountains. This palace was built by one of the Prince-Archbishops of Salzburg in the early 17th century by the same architect who built Salzburg Cathedral. 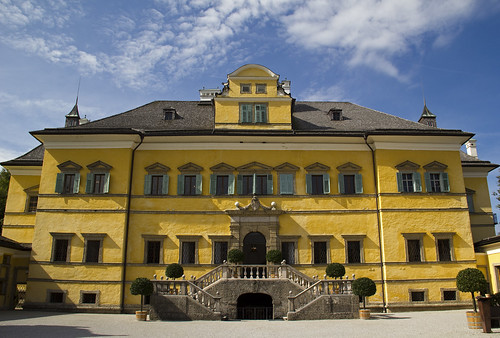 It is a little further afield near Hellbrunn Palace but you can’t beat a Zoo when you have kids! The zoo opened in 1961 and is home to over 140 species of animals. It is the oldest zoo in the World 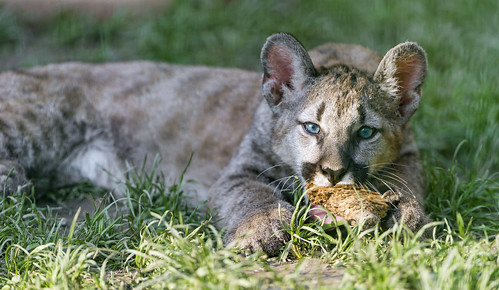 Hangar-7 at Salzburg Airport is a unique building which houses the historical Flying Bulls aircraft fleet and a collection of Formula 1 race cars.

Tips for Visiting Salzburg on a Budget

I loved having the Salzburg Card. We were able to get into so many places with just one card. I liked that I was able to budget excursions and not have to fork out additional money once we had arrived; just food and souvenirs.

Previous Post: « Strolling Down the Golden Lane in Prague
Next Post: Guide to the Canadian Tulip Festival in Ottawa »